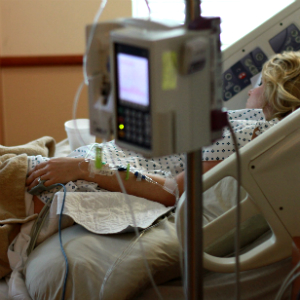 Lawyers face two main challenges when wading into the complexity of workers compensation claims: a mastery of the facts and applying ever-changing laws, according to the director of Goldbergs Lawyers.

Over the course of his 30-year legal career, Michael Moore has witnessed an already “tricky area of law” become more complex. Mr Moore spoke to Lawyers Weekly about the challenges practitioners face grappling with claims for workers compensation in NSW.

“To properly deal with workers compensation claims there are two significant challenges; the first is to master the facts, including the medical evidence, and the second is to apply the correct law to the facts. Sounds trite, but given the multitude of legislative changes when and how an injury occurred greatly affects the potential outcomes.

“It has always been a tricky area of law and it’s more so these days,” Mr Moore said.

“The 1926 act was 74 sections and [about] 20 pages long. The new legislation has now morphed into something that runs into hundreds and hundreds of pages and two major pieces of legislation – and it has massive regulations attached to it as well, and on top of that it has WorkCover Guidelines, which have legislative impact in that they work like regulations.”

Mr Moore, who is an accredited personal injury specialist, also questioned the benefit of provisions that put a growing emphasis on rehabilitation.

“From the time I first went into practice, my job hasn’t become easier. I don’t think you would regard the present system as being more facilitating to workers beyond there being more emphasis on rehabilitation-type provisions.”

“Theoretically the idea is that the [workers compensation] legislation is much more of an administrative scheme that tries to get people back to work rather than have them litigate cases for lump sum compensation,” he added.

“That’s the theory – the practice, I don’t know how effective the rehabilitation [provisions] have been for injured workers. What often happens is that people are transferred to Department of Social Services (DSS) schemes rather than getting back to work.

“But the effectiveness of those changes, I can’t really comment on.”

Citing 2015 changes to the Workers Compensation Act 1987 (NSW), Mr Moore said it was important for lawyers to understand the new section 38. Before last year’s amendments, an injured worker was ineligible to receive weekly compensation beyond five years unless they were assessed as having ‘whole person impairment’ (WPI) greater than 30 per cent.

‘Workers with high needs’ and ‘workers with the highest needs’ are two new categories that the amended section defines. The new law attaches a WPI of 20 per cent and 30 per cent to each category respectively.

“[Now] a worker with ‘high needs’ does not have to satisfy the threshold tests under s 38(3) in relation to hours of work and income to be entitled to continued payments of weekly compensation after the end of the second entitlement period (the first 130 weeks),” Mr Moore explained.

“The combination of the changes referred to mean that it is much more likely that a worker with a WPI of greater than 20 per cent will be able to continue to receive weekly benefits under the act beyond five years and indeed beyond the first 130 weeks of incapacity,” he said.

“This is a much more generous position than previously where a worker with a WPI of 20 per cent would cease to be entitled to benefits under s 38 if the insurer assessed them as having work capacity and they had not obtained employment.”

Mr Moore is currently involved in a matter where an injured worker’s WPI is being contested. It is a case where the difference between an assessment of 20 or 21 per cent WPI can be significant, he said.

“The significance of my client’s case is that if he gets to 21 per cent WPI he would still have an entitlement to weekly compensation even if he was not working, which is otherwise one of the threshold tests under s 38,” he explained.

“Similarly, as [my client] has had extensive surgery but is presently working [they] may otherwise lose entitlements to have medical expenses paid in the future because the time period under s 59A would have expired.”

Mr Moore said his advice for lawyers grappling with the complexity of workers compensation claims was to gain more experience “as the law changes rapidly and is often not readily accessible”.

“I think much of the change in how lawyers approach cases is driven by the changes in the dispute resolution processes. There is less scope for detailed examination of evidence by the relevant tribunal. Good paperwork leads to a much better chance of success,” he added.

Mr Moore will deliver a presentation on legislative changes affecting workers compensation at a conference hosted by The College of Law in May.